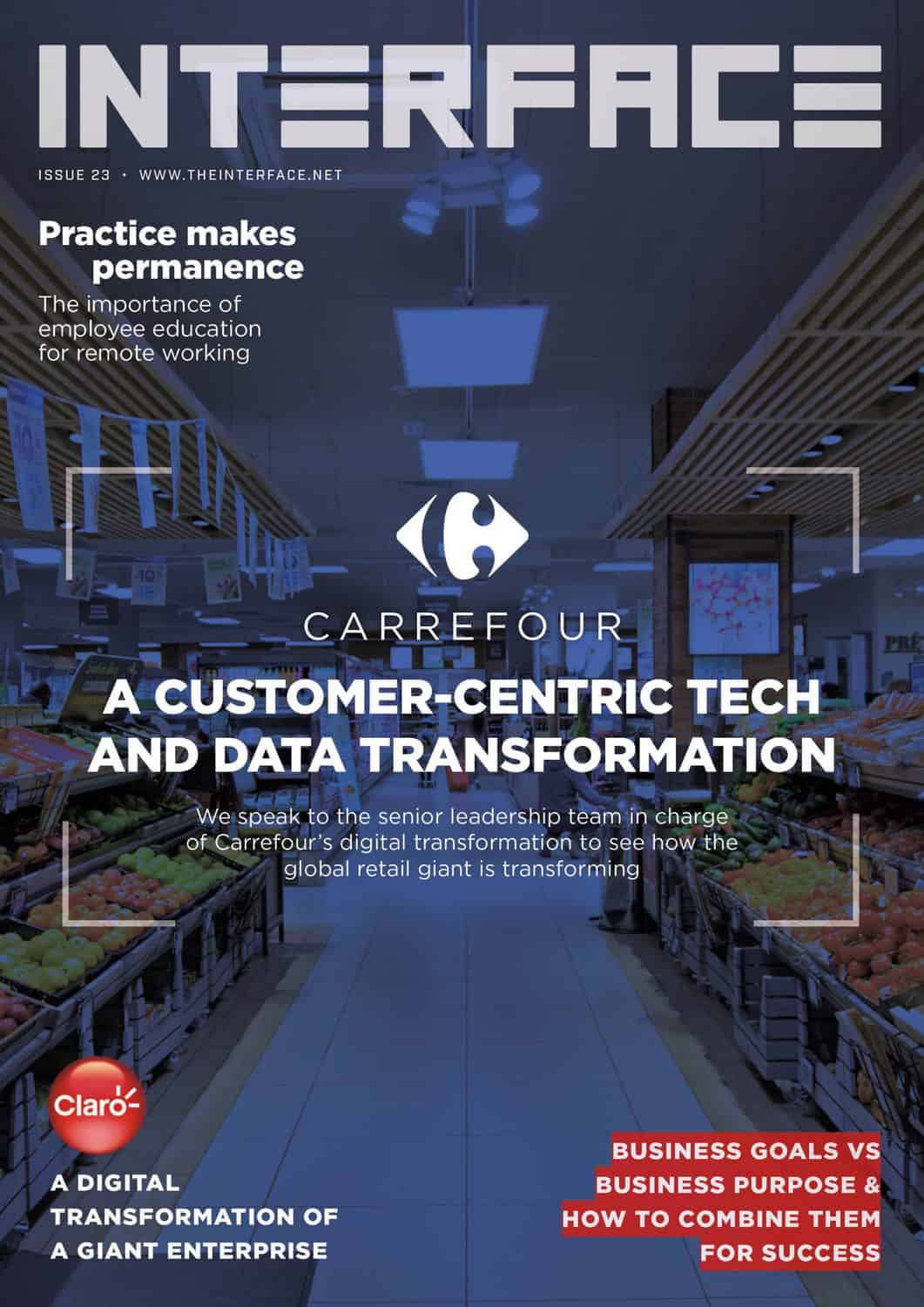 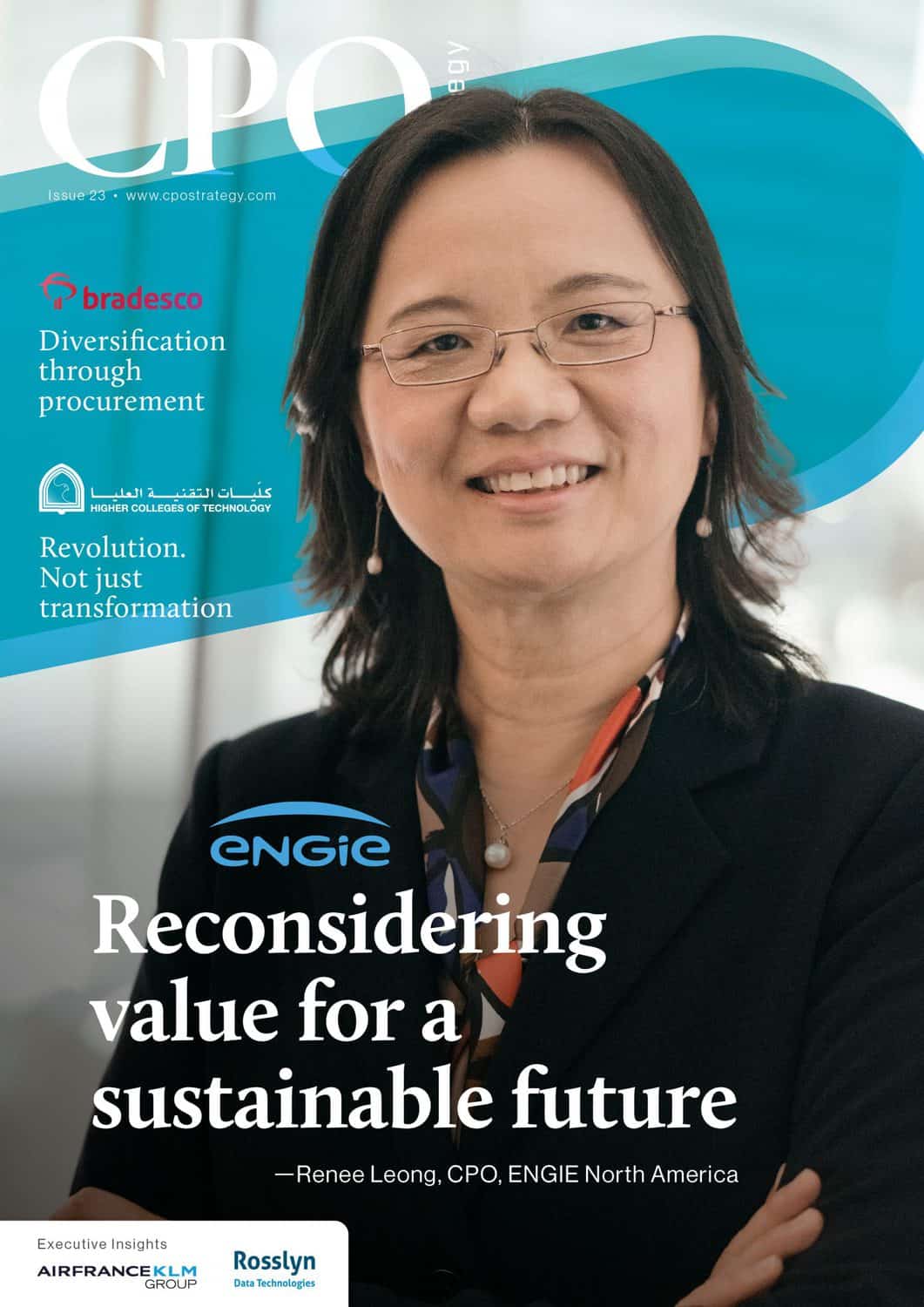 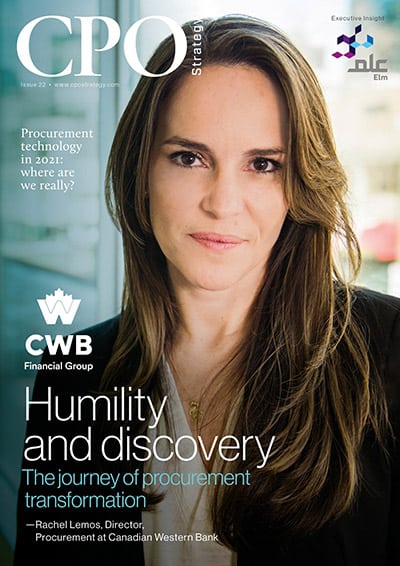 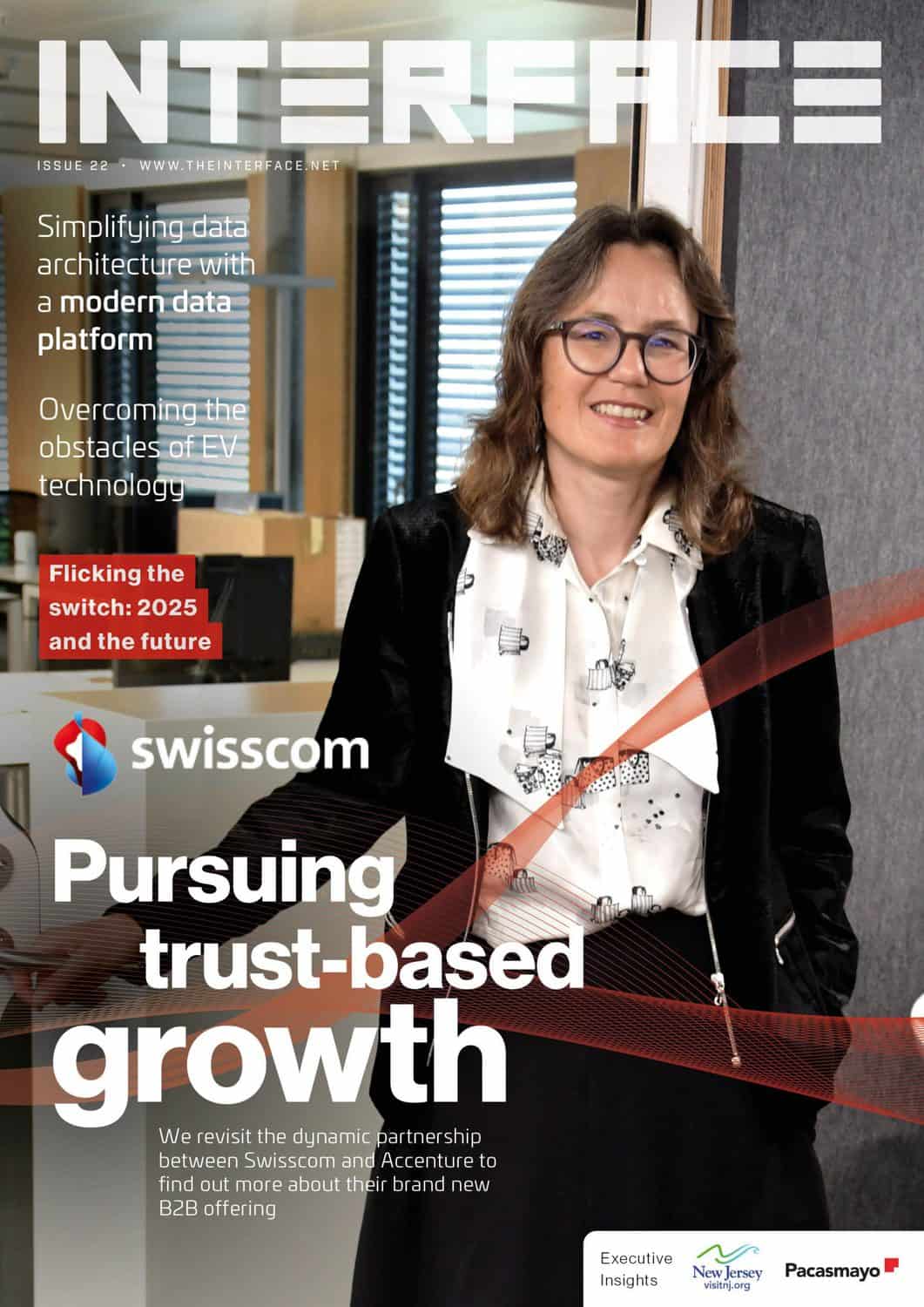 Gayle Carpenter, Founder and Creative Director at Sparkloop, discusses her incredible journey and the way she has smashed– and continues to smash – gender-based barriers in business...
WRITTEN BY: Nell Walker - April 22, 2021

It seems incredible, in 2021, that female founders remain a rarity – especially when it’s been proven, time and again, that the influence of women entrepreneurs is an incredible force for good. The Treasury recently commissions Alison Rose, CEO of Natwest Group, to lead her own independent review of female entrepreneurship in the UK [LINK: https://www.gov.uk/government/publications/the-alison-rose-review-of-female-entrepreneurship] digging deep into just how influential women can be and exposing the barriers they face.

The goal of the review was to tap into the economic potential of female entrepreneurs; one of its key findings was that up to £250bn of new value would be added to this country’s economy if women started and scaled new businesses at the same rate as men. In response to Rose’s report, the government now has plans in place to increase the number of female entrepreneurs by 50% by 2030 – this is around 600,000 women.

The business case for why this is so important is crystal clear – it’s the much slower march of the way society views women that still needs an overhaul. You’ll hear people claim that sexism no longer exists in the UK because there are no specific laws that bar women from doing anything men do in business, but that’s a deeply short-sighted claim that completely discounts the pervasive nature of negative gender-based stereotypes.

Even the highly successful Gayle Carpenter, Founder and Creative Director at Sparkloop, faced that one-dimensional mindset from her father when she was choosing what to study. While her passion lay in the arts, she initially chose a business degree, because he’d told her, “girls can do art, but if you want to get a proper job, you’ll need to do business”. Carpenter soon realised she’d made a mistake, and switched to art and design – something that didn’t stop her launching her own business 15 years ago, flying in the face of what Carpenter Senior expected.

“The two things – arts and business – are completely united now,” she says. “My father’s viewpoint spurred me on to prove him wrong in the fact that you could be artistic and commercially creative, and make a career out of it.” Carpenter describes Sparkloop as “an ideas business”, a creative agency which specialises in branding, and all the associated channels of delivery. While the fundamentals of what Sparkloop does, as a business, haven’t changed much in a decade and a half, the way it delivers what it creates certainly has.

“The channels in which we deliver our strategy are beyond the imagination, now,” she explains. “You can’t recognise the output from 15 years ago. So, whilst staying true to our core skills and beliefs, we do make sure that we’re just one step ahead in terms of technology.” This has enabled Sparkloop to remain at the top of its game, and, unsurprisingly, the words and attitude of her father have stayed with Carpenter every step of the way, challenging her to continuously prove his perceptions wrong.

“Part of the reason there’s such a gap in female entrepreneurship is the perception of women in leading roles,” she says. “My dad, bless his soul, had a really old-school attitude towards girls in business – but have we actually moved on that much? There’s still that perception that if you were to start a family, you will be at home, potentially, or at least have to take a step back in order to do that. And that’s a real challenge for many women. Sadly, I do genuinely see that kind of ‘old boys network’ idea at play, but I think you can find or start your on network, and what I’m seeing now is a much more diverse network of people who are like-minded, rather than it being a ‘who you know, not what you know’ situation. It’s really, really nice.”

Times are indeed a-changing, but Carpenter has still been up against her fair share of barriers – the kind that remain common today. “I’ve been in a lot of male-dominated teams, and even at creative head level, there would be stereotypical response to my opinions; I was seen as ‘feisty’ as opposed to ‘assertive’, yet the ego-driven, crazy creative director who would throw hissy fits constantly was just ‘eccentric’! It’s interesting how we’re labeled, and how that’s so set within the psyche. But I am seeing it change.”

When we talk about those deep-rooted prejudices, language choice is often how they emerge. People are so used to describing powerful women as ‘difficult’ for standing their ground, and praising men for the same behaviour, that they don’t always realise how damaging that can be and how it influences their own viewpoints and actions surrounding women leaders. For Carpenter, personally, the best way around that has been to take what she’s learned and make sure others know they can come to her for guidance and advice.

“I would say I take much more of a mentoring role,” she says. “I like nothing more than when I started to work with, or collaborate with, clients or other people in my sector and they then almost outpace me. It’s a sign of success in terms of how they’ve grown. I never set out to do it in a structured way, but I’ve worked with a lot of clients who have just naturally asked me for advice, or 360 feedback, and that’s turned into more of a conversation and a bit of mentorship, where they’ve then gone onto do really great things with the confidence and the voice to make a difference. That’s really heart-warming for me.”

Carpenter’s team, just by chance, happens to be very diverse, including her ‘right-hand woman’ whom she brought on board as a junior and who is now a great senior creative. And Carpenter herself has been the recipient of a mentor’s sage advice, which – consciously or unconsciously – shapes the way she has worked with juniors now.

“When I was at university, I did some experience at a small agency, headed up by a male and female team, and I later went back to work for them – it was one of the happiest places I’ve worked,” she says. “Looking back on it now, in this particular creative head, who was female and had children, I can identify the qualities I’ve noticed in woman leaders and that I would like to draw on myself – kind, but firm, and with a real tenacity. I actually didn’t realise, until now, how much of an impact that particular personal situation had on me, perhaps because it was the only time within my career where I had been working for a female head. So it enabled me to start as I meant to go on, very early.”

For Carpenter, it’s important to reiterate the fact that giving women equal opportunities shouldn’t be seen as a threat to men, and opening doors for one doesn’t close any for another. It’s also vital to highlight that diversity isn’t just about men and woman – it’s a far broader conversation including gender, sexuality, race, health, and beyond. But regarding female leadership, the issue still lies within perceptions creating barriers that needn’t, and shouldn’t, be there.

“I’ve got a son, and I want to be a role model for him as much as I do for other women, to know that it’s right and fair to have this diverse attitude going forward,” Carpenter explains. “I certainly see that playing out in him, which is wonderful. He doesn’t see male and female roles in the same way that we ever would have, as kids, so that’s fantastic. Additionally, my other half works in finance, which isn’t the most diverse industry, but some of his favourite roles have been when he’s had female bosses, because he says they often have more divers teams which have been more successful.”

Things are moving in the right direction, from Carpenter’s perspective. The fact that gender is an everyday topic of conversation, now, is a step forward, and she’s seeing a general increase in the numbers of women in business. “It’s a lot more split, now, in terms of who I’m seeing as decision-makers,” she says. “There’s a real blend, and that’s really reassuring. I think you just have to have a certain mindset or ambition, regardless of gender, and if you have that sort of natural instinct it’s hard to let go of it. I’m constantly trying to stay one step ahead of myself, always challenging myself. I talk to other female – and male – leaders and use their mentorship to spur me on.

“Just stay true to yourself, don’t be something you’re not. As a woman, you don’t have to try to be a man to be successful – be who you are and have confidence in that. Never take your eye off the ball, look after your clients, value your team, and that will pay you back in dividends. Most importantly, don’t be afraid of failure. Test, learn, challenge yourself, keep moving forward, and be prepared to make measured risks – it’s the only way you’ll grow.” 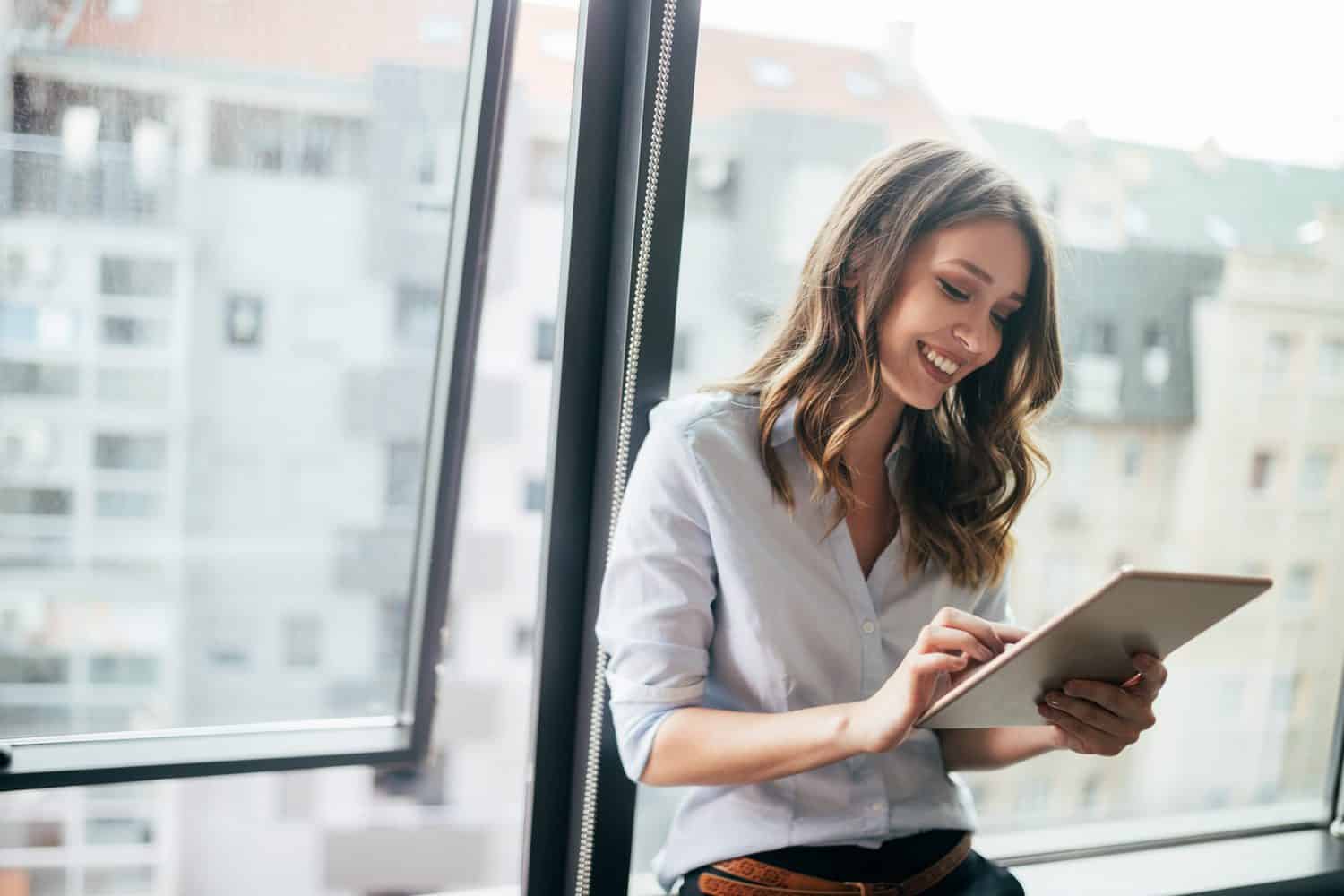 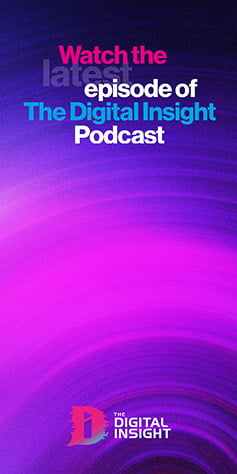