Dan Jelfs Senior Vice President of Global Sales at Mobica, discusses how we are on the cusp of a connected digital revolution, making technology more pervasive and a key driver of strategic change to businesses and models
WRITTEN BY: Dale Benton - June 3, 2020

Tell us about your career journey and your experience

I’ve worked in the global technology industry for about 25 years now. I landed in it so by accident, more than design, straight out of university. I’m not an engineer by trade. I went through Business School at university and my first role was at AT&T.  I worked a lot in mobile communications and wireless networking in the 1990s. What I found very fascinating, and enjoyed was the way that technology changed people’s lives, usually in a positive way. I also liked the globallness of the industry and the opportunity to work with so many bright minds with different perspectives from around the world. I think fairly early on in my career, I realised I had a passion for innovation and that the large corporate culture that I was in wasn’t going to satisfy that.

I made quite a radical decision around the early noughties to leave a large corporate and move to a venture capital funded startup. It was really looking at the evolving mobile data services market, and what sort of content services could generate viable business models. I really spun through a number of other startup type businesses during the noughties and then joined a software services business in 2009.

I’ve really been doing software consultants and software services now for about 10 years. The reason I made that change is because the mobile devices world which I’ve been very focused on up until then, was to open source with the launch of operating systems like Google’s Android, most prominently in the battery. At a structural change within the mobile communications market that would drive demand for software services within that, I thought it’d be a very interesting journey to go on.

How does that make you the right person to bring about change?

What we move into now is a world of everything being connected and data science and artificial intelligence applications off the back of those things being connected. So I have that core experience around connected software, and then I’m able to help C-levels in companies in other industries that aren’t familiar with connectedness and digital, and bring all that experience to bear to help them on their transformation.

How has the technology conversation changed?

10-15 years ago, I thought the technology industry was far more discrete and defined. And in fact, some industries and many companies really didn’t need to dip any more than their toe into it. I think we’re on the cusp of a revolution now where everything’s connected, and through that the things that are connected we’ll be able to acquire artificial intelligence over time.

I just don’t think there’s any industry or there’s any company within an industry that has been  great at embracing that now.  I think that’s the fundamental difference for me. There were the technology industries that were more disruptive and defined.  Now it’s totally pervasive and it’s a driver of strategic change to businesses and business models and industries. You just, you can’t avoid it, wherever you’re working.

How has the traditional
customer changed?

There are more customers that are, as a legacy, not so technically proficient and need support to really understand the potential for strategic change the technology is bringing and how to implement that within their business.

Where does Mobica fit into this
technology conversation?

We support customers in two areas, either modernization or transformation in  relation to enabling technologies.

Modernization is probably not quite as strategic in context of the transformation piece. Now, a good example would be cloud applications which are quite a trend. In recent years, we’re really moving apps to the cloud. We help companies deal with the technical challenges that this new type of technology brings to the transformation. Part of the work we do is where there’s a combination of new technology that facilitates a fundamental redesign of the business model, and potentially of the structure of the company too. We help them think about the way to design that transformational change/

How do you define transformation?

In the transformation paradigm when you talk about strategic design, you look at what your brand might be in a digital environment or what the business model might be. Often the scenario is that companies are moving from tech non/digital to digital for revenue generation. That can fundamentally change the way they address the customers, the way the brand reaches out. So in many ways, the starting point for me is strategic design and non technical. The outcome of a strategic design process, though, becomes a very technical software engineering implementation.

What are the challenges?

Sometimes I can end up in a conversation and maybe the executives of the company aren’t quite sure, from a business case point of view, when to pull the trigger on a digital transformation… There’s an internal discussion that happens; maybe it’s in two quarters’. 12 months’ two years’ time. I think you could be kind of wrong. If you look at the end destination, you may as well just start into digital straightaway, don’t delay. But I think some internal wrestling around understanding the return on investment is sometimes apparent.

I also think about the cultural change within the technology environment, or the engineering environment of the company.  I’m seeing the needs change from very established businesses whose technology hasn’t changed much over a couple of decades to suddenly needing speed, digital and agile. Culturally, from a software engineering point of view, like a Silicon Valley startup, that’s not easy in that it’s quite a barrier to affect change.

How do you go about changing mindsets and enabling a cultural change within a business?

We bring a lot of our learnings from the way we work with companies around the world, anonymized into the discussion to help realise that even though they don’t think they’re on the same page, they’re on a cliff edge. The future is digital, we were able to see some success stories of some really positive digital transformations as well, that you could point to that are often powerful in terms of changing the minds of executives as well.

How important is it to look outside your own industry?

It’s fundamental and there are enough of those kinds of stories in different industries to use already. It’s very helpful within that discussion to point to some very successful digital innovation stories.

It’s important to also look at where things haven’t worked to look at the failures and look at the mishaps as well, as much as you look at these case studies in the success stories.

Effecting that cultural change with the state in relation to the status quo is just too difficult, will take too long and costs too much. What we need to do is sort of start over and I’ve seen some companies create what are essentially new legal entities and new ventures, and build from the ground up. I’ve seen other companies create digital innovation and disruption units alongside their existing organisational structure and start to see that digital DNA move into the company, but from within what’s exists today.

I’ve also seen others who strategically partner with software services firms to bring that digital agile culture into the mix of their overall software, software engineering and technology capability to drive and effect change in the established culture and established engineering.

How has the supplier relationship changed?

We’re in a process ourselves of moving from a tactical partner to a strategic partner increasingly, and our strategic partners. The different dimension is the buyer is two or three levels higher in the organisation and therefore, either in or close to the C-suite, that they’re looking for long term collaboration and the souls of strategic challenge to their business.

What makes Mobica a partner of choice?

Within our engineering team, we create the space in terms of time invested into internal innovation projects that are really aligned around strategic technology bets that we make in regards to what’s going to be important in the future. If we do that correctly, that keeps us ahead of the curve.

I talked about strategic design earlier. It’s really that design and planning thing it’s really looking at, where are you and where are you trying to get to and what’s important on that journey. There’s always careful thought and planning before you scale out engineering projects.

Marketplaces change so much that it’s not going to be a straight line, so how do you account for things that aren’t going to go according to plan?

We propose an agile development process and you’re constantly iterating and constantly changing. Whilst you know the general direction of where you want to get to but you don’t necessarily take a stroll along together. So it allows for bends in the road and iterations to design as we go through.

Talk to me about the dynamic between incumbents and start-up companies?

I think enough large established companies have suffered and gone by the wayside. They’ve been cannibalised by a startup coming from nowhere. For everyone to be aware of these larger organisations, they need to create an innovation strategy of their own.

Ideally, you know, if anyone’s going to cannibalise their existing business models, they’d prefer that it was them. So I think there’s a lot more effort and thought put into that and less destruction caused by startups. It doesn’t stop the startups being acquired by some of these companies to complement their digital transformations.

What advice would you give in order to succeed?

Don’t underestimate the value of strategic design before you head out on the engineering journey that follows good design. 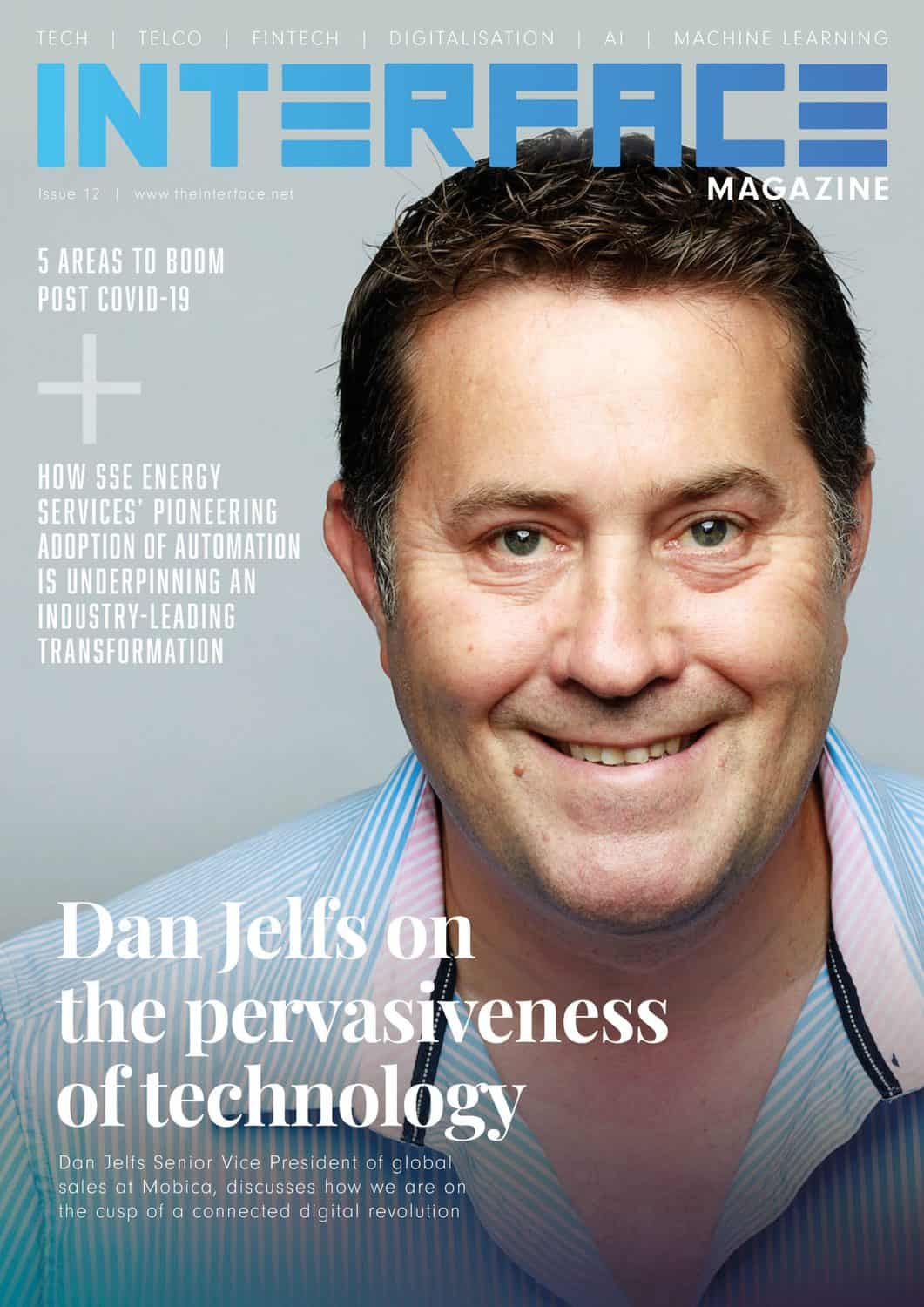