Procurement is being transformed by new technologies, but people are the secret to success according to LEO Pharma’s Head of… 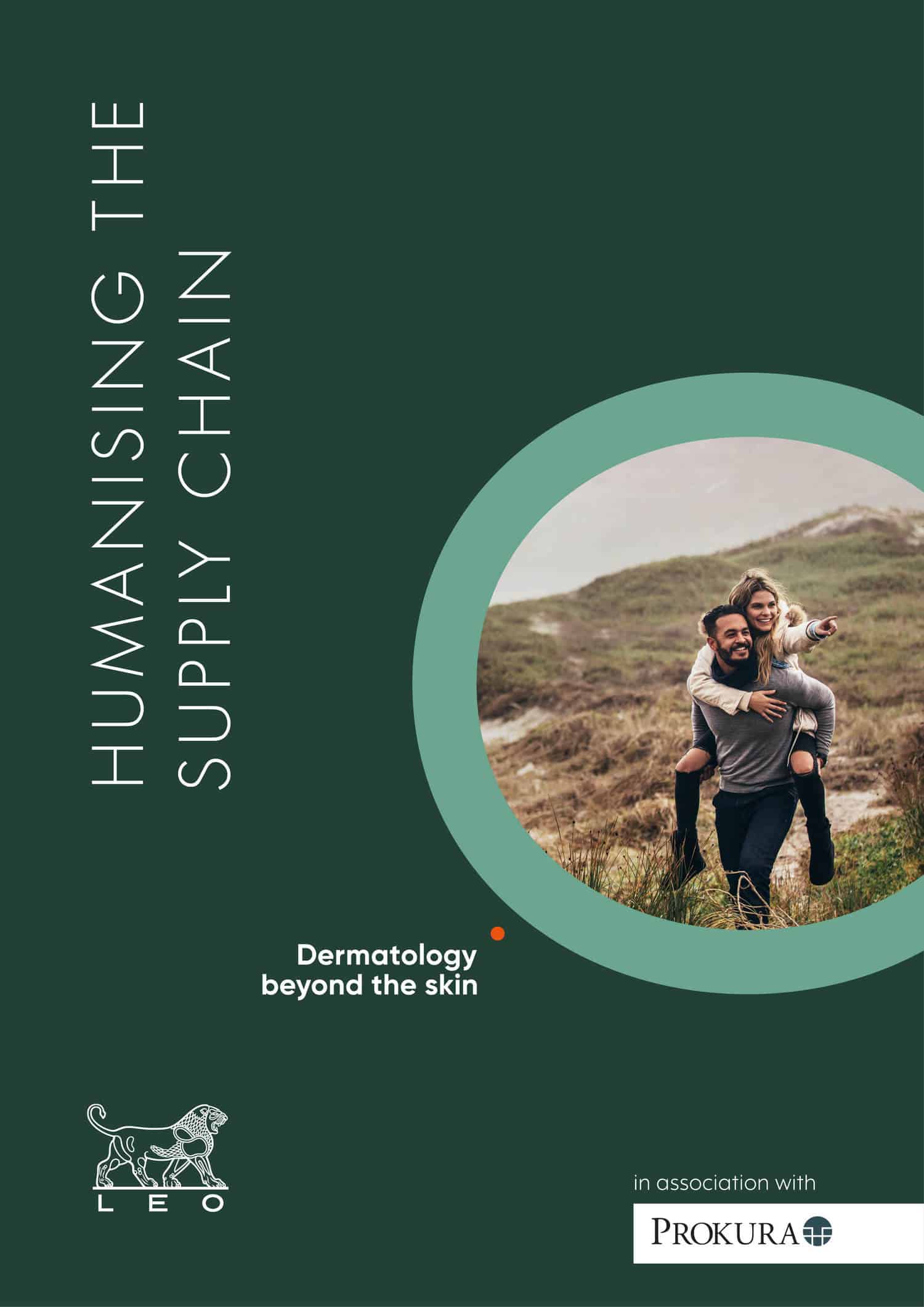 Procurement is being transformed by new technologies, but people are the secret to success according to LEO Pharma’s Head of Operational Procurement, Martin Starcke who talks us through the company’s digital transformation.

Founded in 1908, the Denmark-based multinational pharmaceutical company LEO Pharma has a storied history, but over a century after its foundation the company sees innovation as the key to success – and not only in its core business of drug development. For example, the company has sought to revolutionise procurement through the deployment of a decentralised system. However, Martin Starcke, LEO Pharma’s Head of Operational Procurement, says that digital transformation is about a lot more than software or computer services.

“It’s fundamentally about people. I think implementing software, implementing the technology is around ten percent of your effort,” he says. Starcke joined LEO Pharma in 2012 to develop the digital transformation of the company’s supply chains. In the time since there has been a radical shake-up, he says, driven by new technologies and processes. “It was primarily driven by invoices – old-fashioned invoice processing – and [there was] slim-to-none governance on ordering indirect goods and services.”

The company has implemented, over a 24-month period, a new solution that is fully scalable; one that is up and running for 30 affiliates and departments in real production environments. “It’s decentralised in the sense that we have around 400 people who have access to the system in order to make their requests. We have a very efficient team doing the sourcing and procurement,” he says.

At times, digital processes have had a reputation for being mere cost-cutting measures; doing more with less. Starcke says that while companies like LEO Pharma appreciate cost savings, the driving force is more strategic. “The pharmaceutical industry is about mitigating risk, efficiency, gaining trust with the partners we have so that we can actually drive the spend. I think there’s a lot of tangible and intangible benefits,” he adds.

The pharma industry, of course, is a highly regulated sector, and the introduction of the GDPR, the EU’s new General Data Protection Regulation, has also meant that all businesses must now be more careful with data. This has not resulted in a retreat from digital processes, however. “Of course, the GDPR has developed over the last couple of years and it applies now, so there have also been considerations around that, but it has not been the primary driver. The primary driver has been to streamline the process.”

Digitising the supply chain is about generating benefit for all parties, he says, with a focus on properly using the contracts. “You need a system for that, rather than autonomous behaviour.” Starcke, who has implemented software for more than a decade, says that the key to a successful digital transformation is more about people than technology. “It’s around people and processes, but definitely the most important part is the people,” he says.

But which people? Is it a question of engaging staff, or of getting buy-in at board level? “I think you need a bottom-up and a top-down approach.” Getting buy-in from senior management is a must, he says, and should be married to creating incentives for end users. This requires direct engagement. “We have spent a significant amount of time face-to-face, getting the feedback from the end users; not customising the technology as such, but listening to what makes their lives easier, as well as what we do and don’t do.”

The feedback from these consultations has varied according to different national cultures. Dealing with this means starting with a common denominator and working upward from there. “You work out from principles rather than rules and then, I think, you can implement a solution which is scalable,” he says. In the end, it comes down to keeping a focus on the actual goal of the process: understanding what the problem that needs to be solved actually is.

“We want to utilise and build stronger partnerships with our vendors; build an efficient ‘machine’ to buy the stuff we need and help compliance through easy purchasing.” Starcke says, when all is said and done, the systems that are put in place should have a laser-like focus on making people’s working lives smoother. “I believe in people. I believe systems are supposed to work for you. You’re not supposed to work for the systems, and I think that’s really key.”

“In the nineties and at the beginning of this century there was a lot about training and learning the system. I think the system should be built to bring benefits to the people, and not the other way around,” he says. Starcke said that many ERP (enterprise resource planning) systems in use today are still built for processes rather than for people, but that there is a growing focus on usability that was not present just a few years ago. In part, this is a reflection of structural changes that have been brought about by technology, most notably mobility. “Working from a mobile device is definitely on the rise,” he says. “I think it’s about empowerment and globalisation. You can basically work from anywhere.”

A wider change in the role of IT in business has also been a factor. It has been clearly observable in recent years, with both the rise of pervasive networks and, hence, cloud computing, and the reinvestment and development of new strategies during the recovery from the 2008 economic crash, that IT is no longer merely about keeping the business running. Today, with stronger board representation, IT has taken on a strategic role in industry.

IT’s former reputation as a mere cost centre is no longer relevant, he says, and so-called ‘devOps’, where development and operations work together is part of this. “I think it has been a problem in the past, but what I see – and what we’ve also done – is that we originally hired people with a business understanding and allowed them to roll out the system. So, they actually understand the business value of it and not just the IT side.”

“Of course, it’s a learning curve, so we have the people who are experts in configuring IT systems on board. And what we’ve done, which is fairly non-traditional, is that after we go live everywhere, the operational responsibility is not handed over to somebody else. It’s the same people that are driving it after, and that gains a lot of trust,” he says. 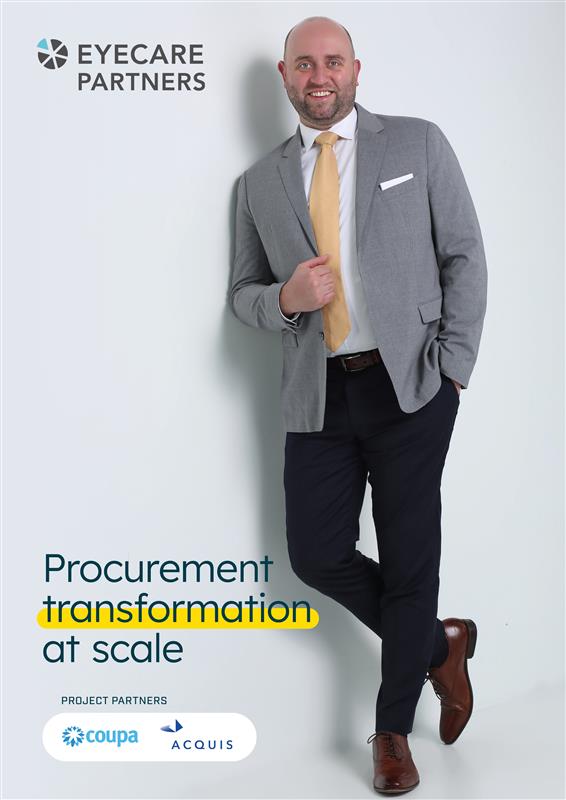 This month’s cover story sees us discussing the road to procurement transformation at a rapidly growing company with Chris Shaffer, Senior Director of Procurement, Facilities & Biomedical Support at EyeCare Partners… 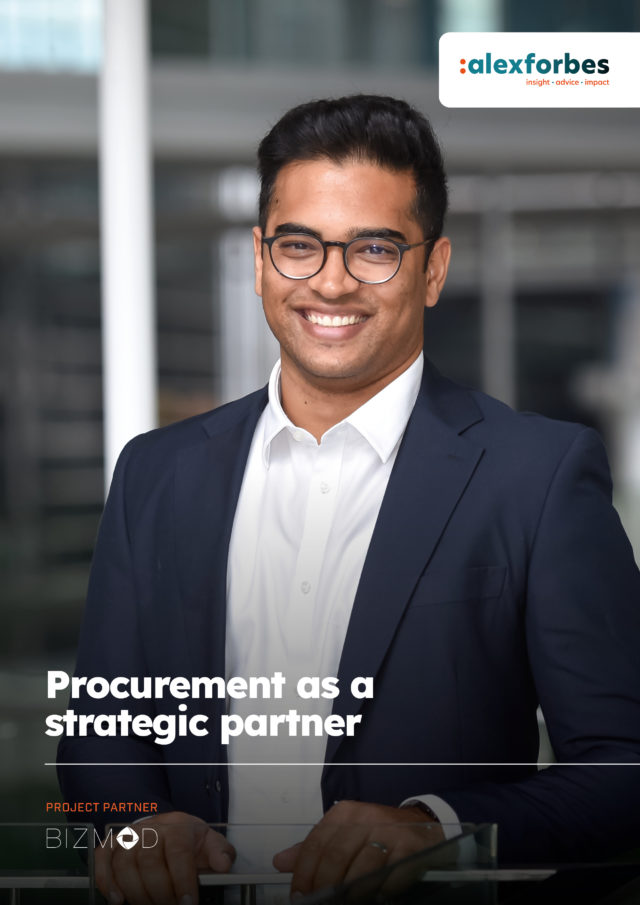 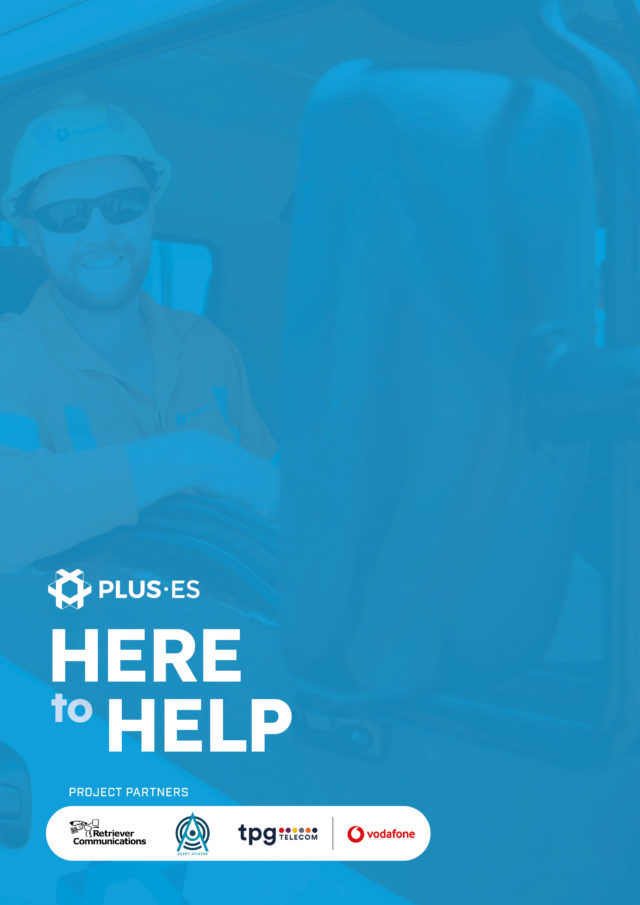 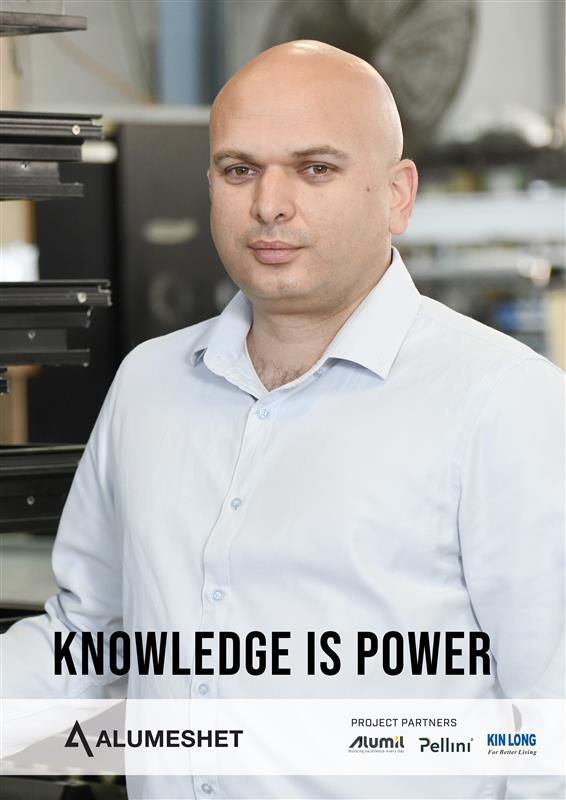 Avi Sarel, Director of Procurement at AlumEshet, discusses the great benefits of shared knowledge, overcoming supply challenges, and why the business is prepared for anything as it grows 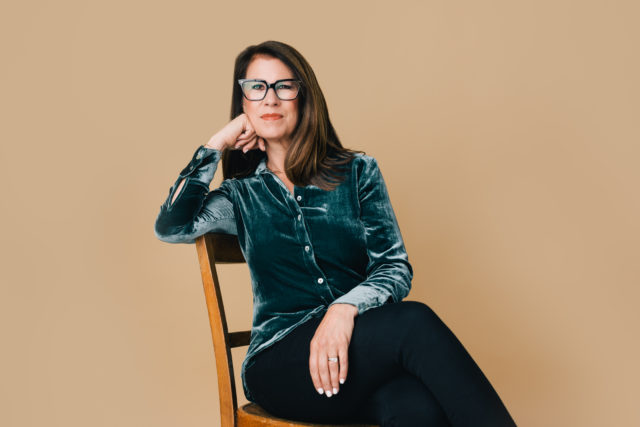 Procurement transformation at Zendesk: A question of trust

Procurement transformation is the hot topic this month as we speak to Rendi Miller, VP of Strategic Sourcing and Procurement at Zendesk. 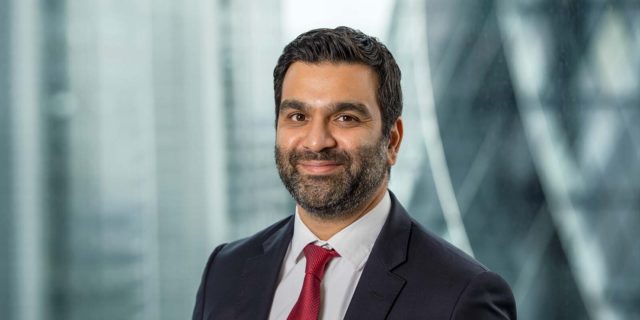 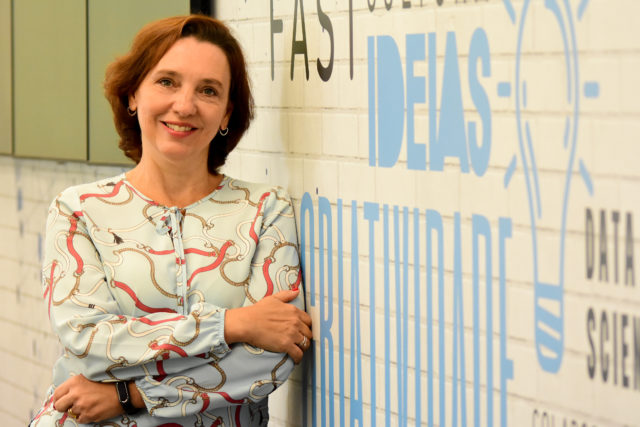 Diversity in the workplace is a louder conversation than ever and brings real business benefits. Silvia Simon, LATAM Procurement Senior Manager at Mercedes-Benz Brazil, explains why, as well as how the company’s flexibility has steered it through the pandemic… 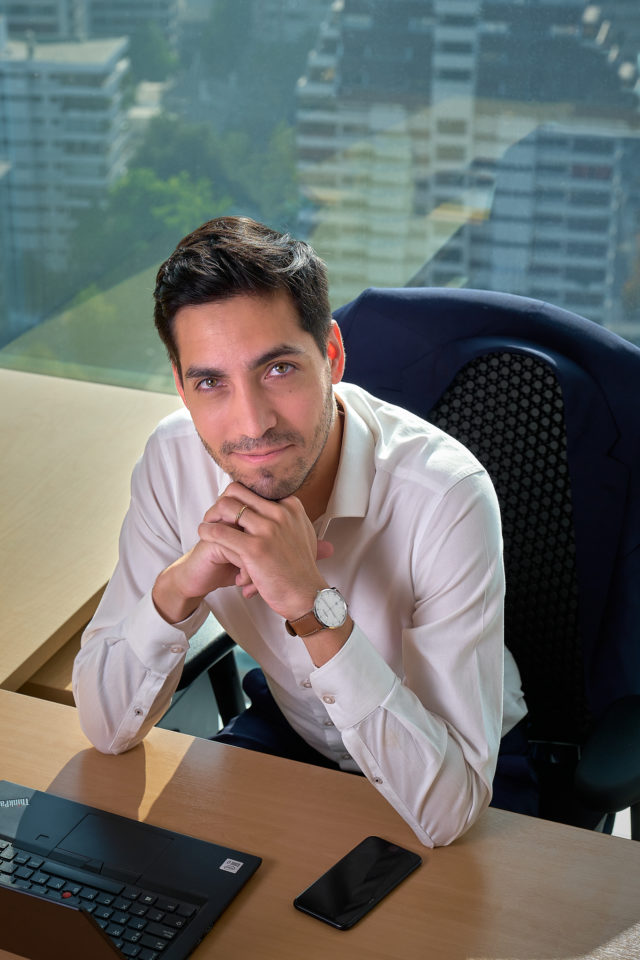 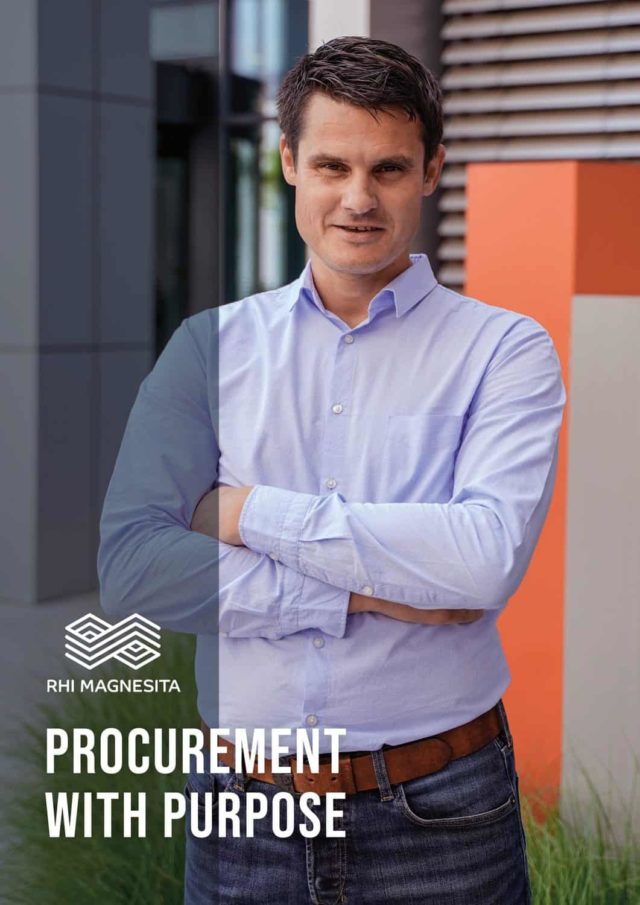 RHI Magnesita: shaping the new role of procurement with purpose