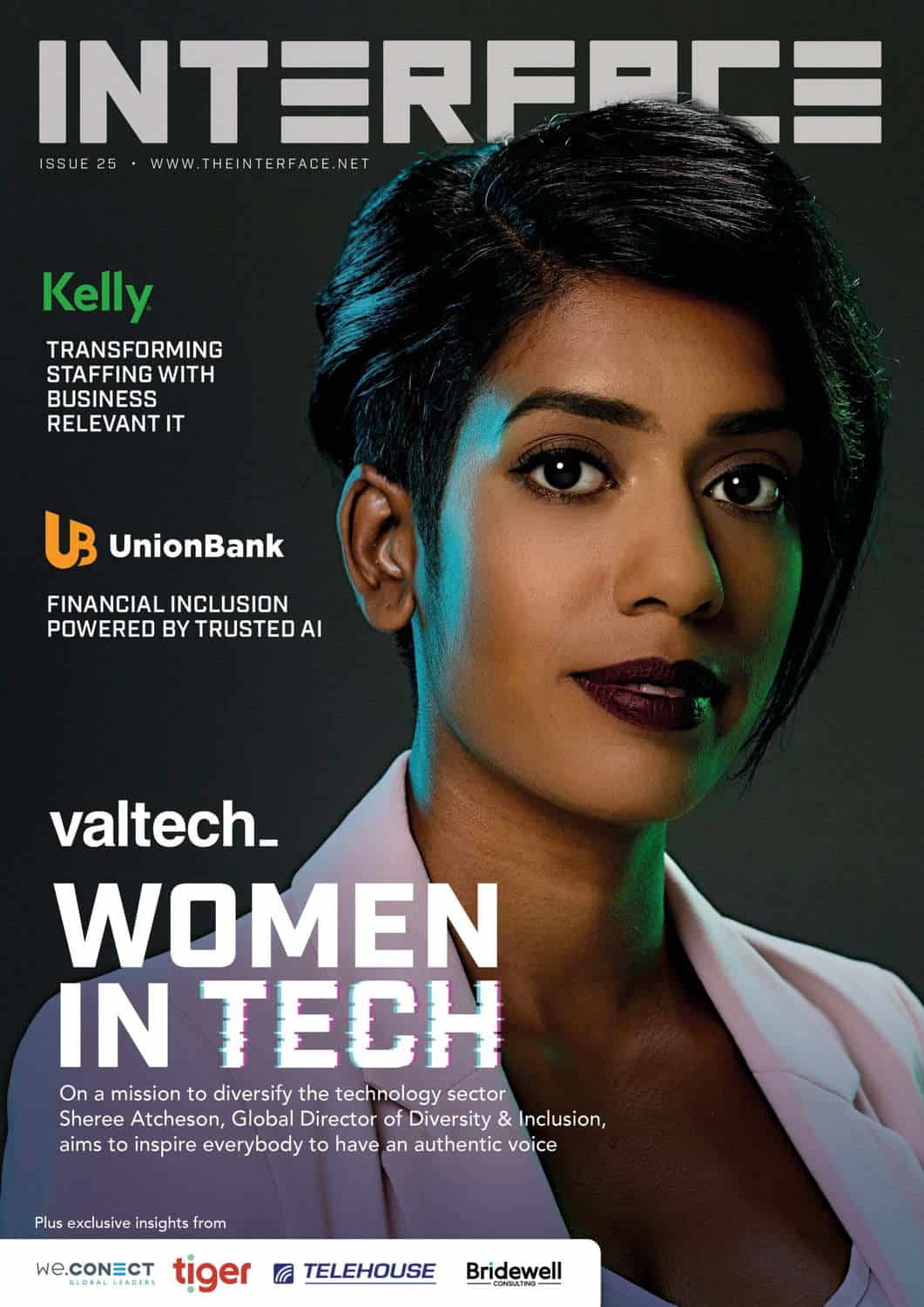 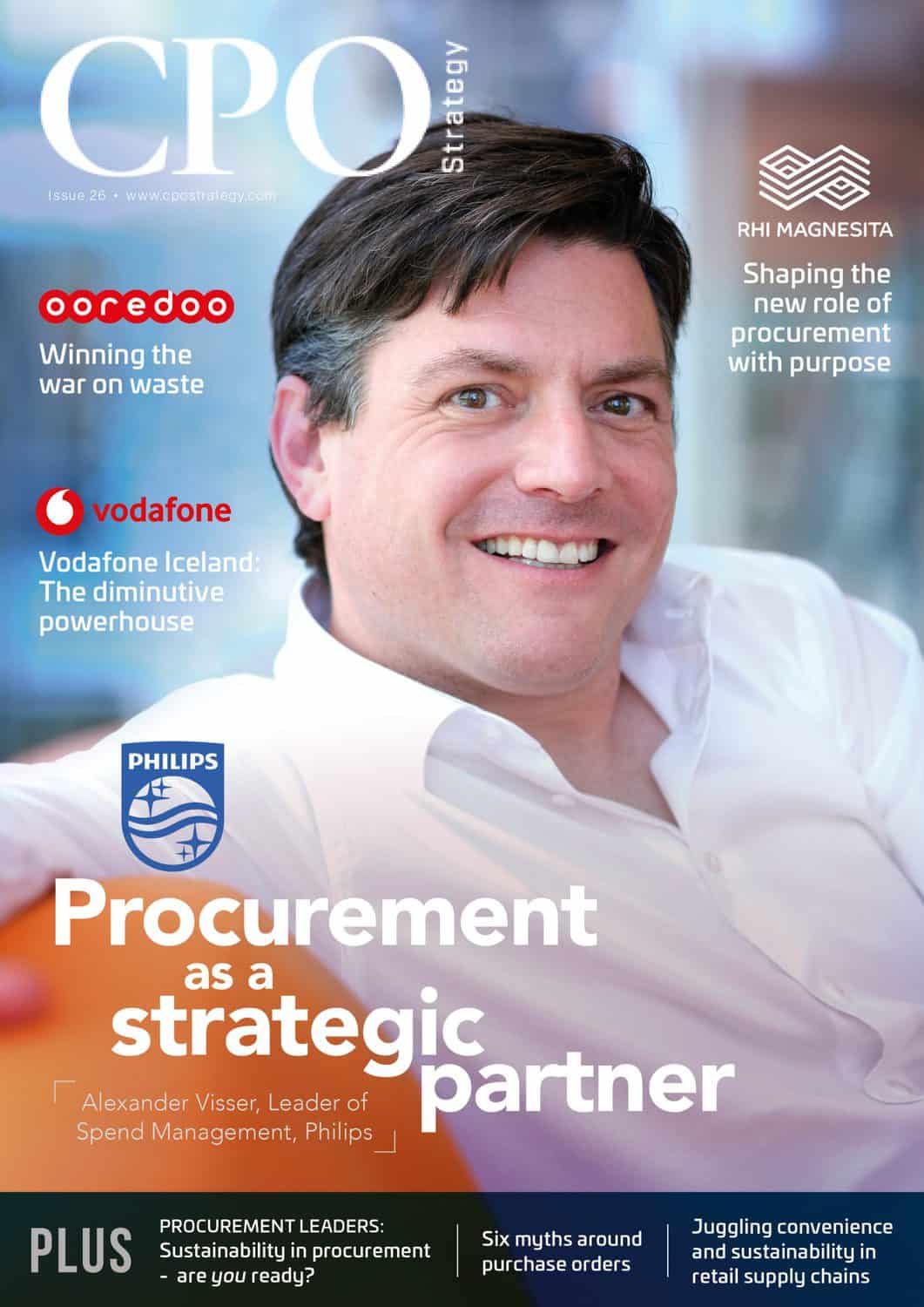 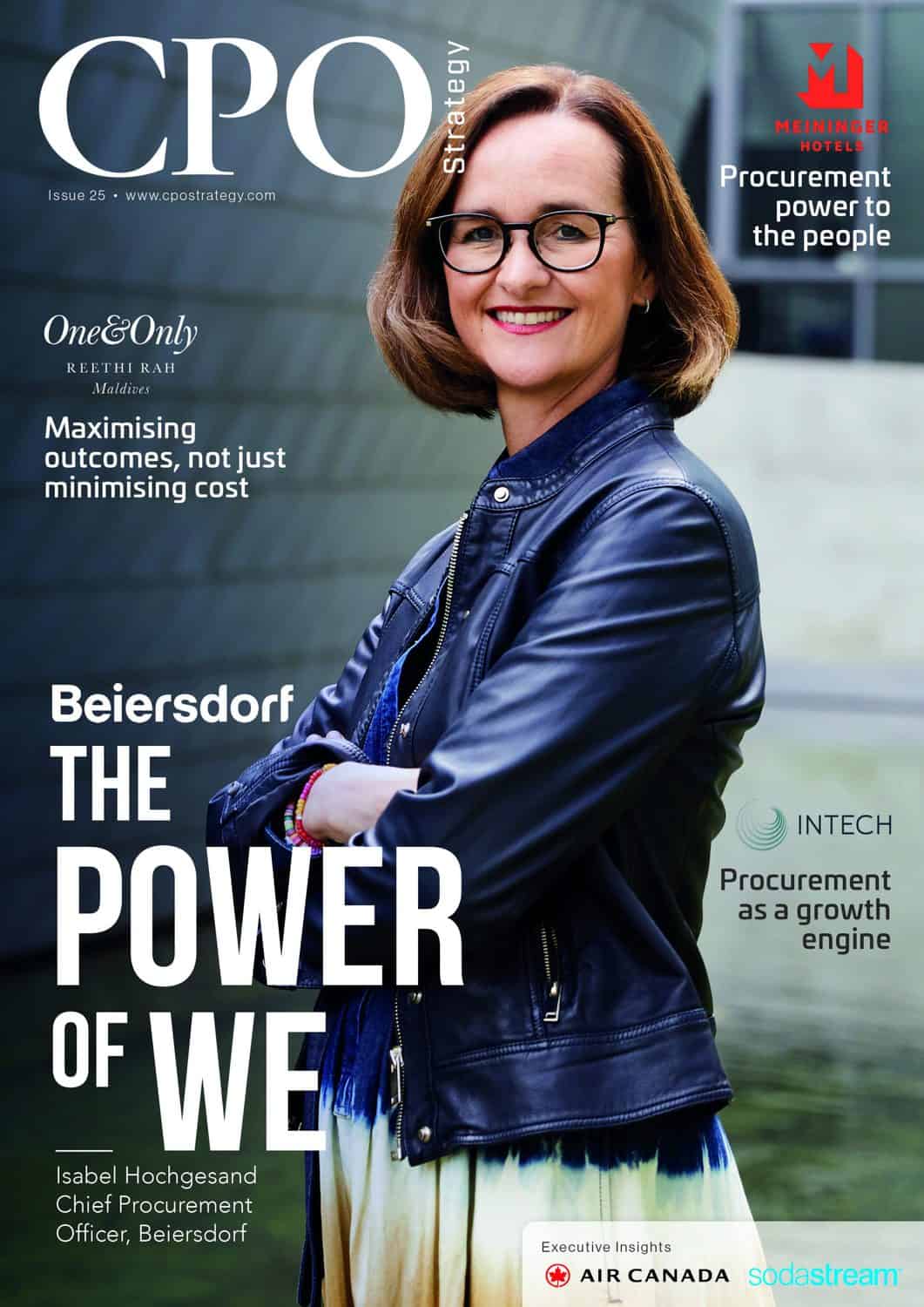 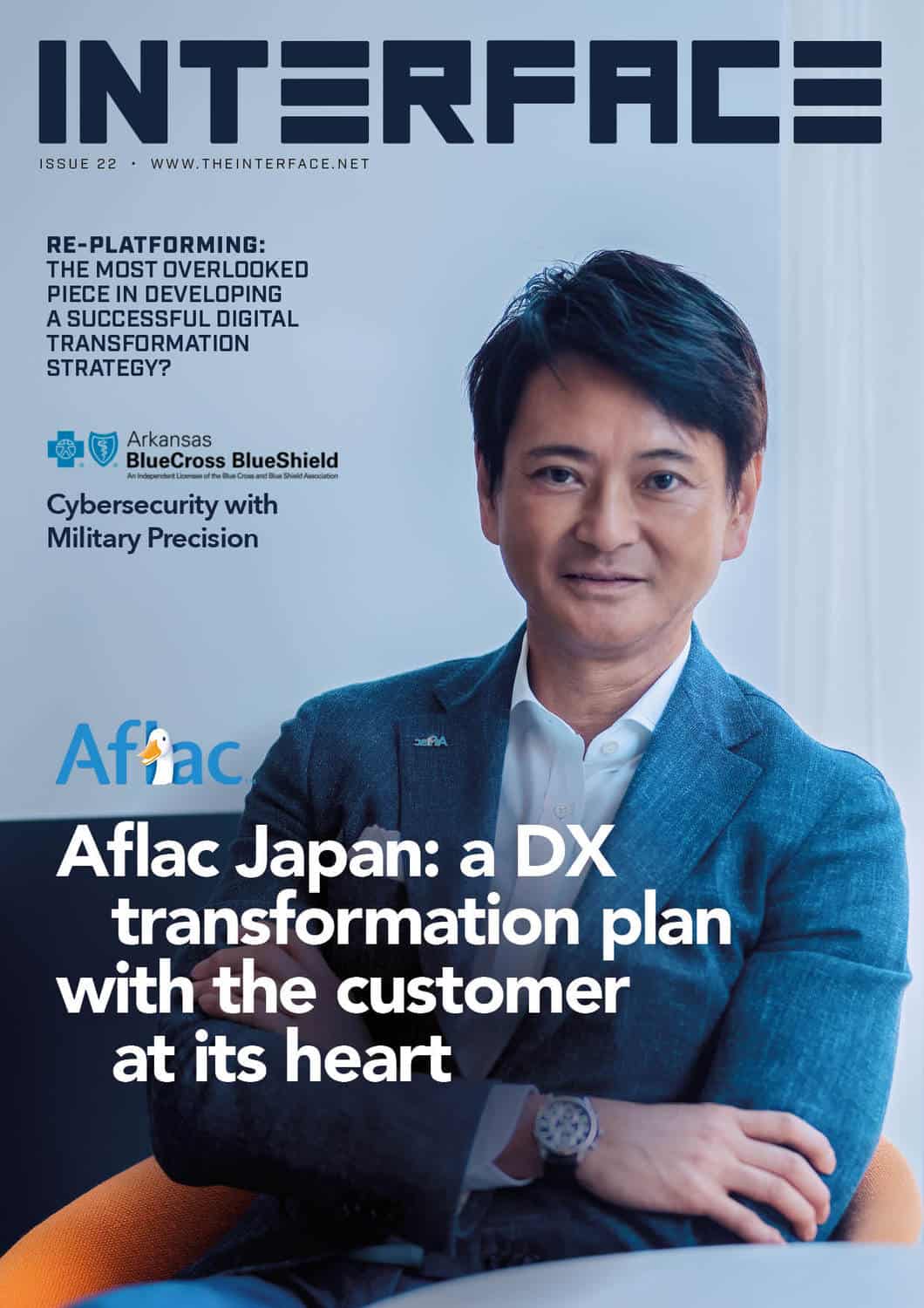 insurance: a space of great opportunity and even greater risk.
WRITTEN BY: Dale Benton - April 6, 2020

What are some of the biggest changes in technology you have seen, both the technologies themselves and the perspectives to tech?

There’s an apprenticeship when it comes to underwriters. A lot of people think of insurance as being somewhat immune to change and to innovation, but really it’s been with us all along. We just didn’t necessarily see it. So I always tell people that rather than be afraid of technology, insurers are actually one of the first to adopt technology.

I met somebody in an underwriting conference. He said he was from Silicon Valley.  I thought it was quite curious that he was at this underwriting conference of professional underwriters and that they were sleepy and boring, matching my somewhat risk averse personality. I asked him, “Why are you here?” And he said to learn everything there is to know about the insurance industry because “I want to go back and disrupt your industry and you’ll all be out of a job next year.” Okay, nice to meet you too.

I think that was the first sign that something was afoot. It’s really just blown up from there and really been front and center in just the past few years, in a way that it was rare, but it was more in the background.

How has the insurance professional changed?

It’s an ongoing evolution. Some have really embraced technology and they still recognise that there will always be a relationship element to insurance. Those are the folks that are doing well. Those that are slow to embrace the changes are the ones that are struggling or will be struggling in the next five years. I think in many cases, insurance is being dragged into the 21st century and a lot of that comes from rising customer expectations.

It’s a broken product. It has been around for centuries and it’s a very enduring product, but it’s far from perfect. I think as consumer expectations are changing in other industries, they have those types of expectations for responsive products, digital experiences in the insurance industry. We’ve been a little slow to deliver that. So you see folks that are really opportunistic, trying to fill the gaps as part of the Insurtech movement.

What are some of the barriers to embracing digital transformation?

Insurance has a very long and rich history and many of the top competitors have been around for decades. If you look at the top 10 insurers, the youngest company was founded in 1937. You get a lot of stagnation in your embracing of the status quo. I do think there’s some practical limitations. You are tied to this old technology.

We use the concept of technical debt. Just as you rack up debt on a credit card; it’s fine for a while, but at a certain point, you can’t continue just to pay the minimum balance. You’re going to go bankrupt that way. So you’ve got to make an investment and be very mindful, have a plan to pay it off. That’s just the pay it off to a zero balance. The reality is that’s not an investment in the future, right? That’s just getting your technology to where it should be for the current organization in 2019, and really you need to be planning ahead for 2025.

Your most critical strategic partner in 2022, may not exist as a company today at the end of 2019, through to 2020, and so you just don’t know who you’re going to partner with in the future. So you need to be much more open.

How has the insurance consumer changed?

I think that is a huge challenge. You hear a lot of conversations about channel of choice, omni-channel, right? Being where your customers are. I know companies that have tried to eliminate the fax machine, only to turn those things back on, or to even still be open to a paper application that comes in. A customer comes in and actually fills it out by hand because they prefer that versus a digital.

It is very difficult to attract a new type of customer, the digitally savvy customer, while at the same time not alienating your existing customer base, that maybe perfectly happy with the way that you’ve always done business. It’s exceedingly challenging and costly. It’s a particularly thorny challenge that I think insurers are struggling with.

Are companies investing in technology just to stay competitive?

Nobody wants to be a first mover in insurance.  It is a very risk averse, very cautionary industry.  At the same time, I think we see regulators like an investor, saying, “We’re really evaluating you now based on your innovative efforts,” and explicitly recognizing that need to change. I think a lot of people want to be seen as being innovative and then they roll out and digitalise things. But it’s very much just a fresh coat of paint on an old building and they really haven’t changed any of the plumbing or the infrastructure. So that fundamental change is seemingly challenging and difficult.

Companies that have recognized the need to change, you hear a lot about core systems replacements and things like that, because our world is moving so fast, and I argue that we live in a world of accelerating change, so it’s not just that it’s changing, but the pace of change is ever increasing. Decisions that you might’ve made in the mid 2010s, you might not make the same choice today. It’s very much a game of whack-a-mole. It’s very difficult to pin down and to decide on this long journey that you need to make to make this digital transformation.

You have to have one mindset of I’m just going to pay down that debt and plow through it. But then you also have to have another eye towards a changing landscape and position yourselves to be able to be agile and pivot, as necessary. It’s a very difficult balance to achieve.

When looking to improve insurance models, how do you define what improvement actually is?

I feel that most people are trying to do the same processes, embracing the same business models, but in a modern way. I actually don’t know if that’s the right way to think about it, because there’s a proliferation of all these emerging technologies that all lead to an inevitable conclusion, that we need to just fundamentally blow up the insurance model and change it differently. There are a number of things really. There’s a rise of cheap sensors everywhere, such as telematics in your car and in your homes for smart home devices and wearables for example. This proliferation of sensors that are just backing up tons and tons of data, and in the past that wouldn’t have been possible to even store any of that, much less process it. But now with the advent of cloud computing it can all go to the cloud and can be stored up there.

We’ve got new capabilities that we never ever had before in the insurance industry that should lead to a fundamental rethinking of the industry. I just don’t see a lot of that happening yet. I think everyone’s trying to refurbish the old way of doing things and not necessarily completely rethinking the insurance model that’s been around for decades, not centuries.

How has the increased use of data analysis and storage impacted the consumer?

There’s not a lot of passion for your insurance company, and you’re right. I think there’s a weariness. Telematics has been around for a really long time but it’s failed to get traction in certain countries. For insurance companies to now come up with new products and new services that help you manage your home, or get a risk score, people start asking: how are you going to use this? Do I trust you with this data? Especially when it’s a brand new company, a new Insurtech startup and you don’t have any pre preconceived notions of what this company is, how they operate, what they’re going to do with this information.

I actually think they get the benefit of the doubt, in a way that traditional insurers, agents, brokers maybe do not. Trust is paramount and I think insurance companies really need to double their efforts to gain the trust of their customers.

How has the transformation of insurance impacted governance and regulation?

I feel for regulators. I think we know insurance is a heavily regulated industry. I would argue that there are many regulations that we have. It’s regulated vastly differently in a lot of countries. Some principles are the same, but many are different. I don’t know that that actually leads to different outcomes for consumers. I would argue that on the whole, it’s probably overly regulated and those regulations need to be reexamined and modernized.

It’s tough. On one hand, we need to look at some of the regulations that exist under the old model, since our world is changing rapidly, but I also think there’s probably some regulations that need to be considered for our new world, and our new model, to keep the trust for consumers in the insurance industry as a whole. Because the insurance industry provides such a tremendous societal benefit and we see this in countries that don’t have a robust insurance market in a lot of developing areas.

Building a robust insurance market in these countries will help unleash a lot of economic activity to help them grow. They have a way to design it in a way that they don’t have to be burdened with legacy systems and legacy regulations. They can then start with a bit of a clean slate right now. There’s some exciting innovations that are happening that are mobile first and other value propositions in some of these countries, that I think eventually will make it to the more advanced economies.

If you were to give some  guidance that, while being no guarantee of success, to steer people down the right path to success, what would it be?

Stay curious and have an open mind at all times. That’s for you personally and professionally, but it should translate to your organization. We shouldn’t be so set on past dependency. You should be open to changing course, at a moment’s notice.